Zack says he thinks Schneier was like Nostradamus for having such insight before NSA PRISM and even before Facebook. Sure, Bruce has always been ahead of his time. But that basic insight was not unique to him, and END_OF_DOCUMENT_TOKEN_TO_BE_REPLACED

On 27 January 2011 the Egyptian government cut off cell phone and Internet access to the outside world. Here’s what routing looked like to six destinations inside Egypt as that happened. The InternetPerils PerilWatch has further detail. Peter Svensson gives an old and quite serious problem some mainstream press in this AP story from 8 May 2010:

On April 25, 1997, millions of people in North America lost access to all of the Internet for about an hour. The hijacking was caused by an employee misprogramming a router, a computer that directs data traffic, at a small Internet service provider.

A similar incident happened elsewhere the next year, and the one after that. Routing errors also blocked Internet access in different parts of the world, often for millions of people, in 2001, 2004, 2005, 2006, 2008 and 2009. Last month a Chinese Internet service provider halted access from around the world to a vast number of sites, including Dell.com and CNN.com, for about 20 minutes.

In 2008, Pakistan Telecom tried to comply with a government order to prevent access to YouTube from the country and intentionally “black-holed” requests for YouTube videos from Pakistani Internet users. But it also accidentally told the international carrier upstream from it that “I’m the best route to YouTube, so send all YouTube traffic to me.” The upstream carrier accepted the routing message, and passed it along to other carriers across the world, which started sending all requests for YouTube videos to Pakistan Telecom. Soon, even Internet users in the U.S. were deprived of videos of singing cats and skateboarding dogs for a few hours.

In 2004, the flaw was put to malicious use when someone got a computer in Malaysia to tell Internet service providers that it was part of Yahoo Inc. A flood of spam was sent out, appearing to come from Yahoo.

The Pakistani incident is illustrated in the accompanying story and video by RIPE.

This problem has been known for a long time. Why hasn’t it been fixed? END_OF_DOCUMENT_TOKEN_TO_BE_REPLACED 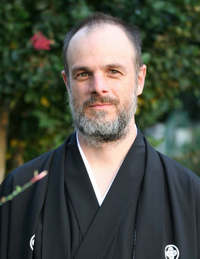 Well, it depends on what you count as the beginning of Internet mail, but Sendmail, Inc., naturally counts from when Eric Allman wrote the first version of Sendmail in 1981, and is holding a shindig tomorrow, 25 October 2006 at the Computer History Museum in Mt. View, California.

Of course, Ray Tomlinson beat that by a decade when he implemented the first known networked mail system in 1971, and Tom Van Vleck implemented mail on CTSS at MIT in 1965, as well as Multics mail, about 1969.

But the Internet didn’t exist back then, and at least the experimental Internet did in 1981, so Eric’s got a fair claim on the beginning of Internet mail.

Effective January 27, 2006, Western Union will discontinue all Telegram and Commercial Messaging services. We regret any inconvenience this may cause you, and we thank you for your loyal patronage.

It took some years for telegrams to become commercially available, and it’s possible there is some company still sending telegrams today, but more than a century and a half is a pretty long run for a technology. END_OF_DOCUMENT_TOKEN_TO_BE_REPLACED
At Linucon 2.0 in Austin on 1 October, I gave a talk on Internet history and promised to post here the list of Internet history books from that talk. Here it is, from Neuromancer to Where Wizards Stay Up Late. END_OF_DOCUMENT_TOKEN_TO_BE_REPLACED