0. Premise: free and open software will stay indefinitely. Full stop. You may argue eternally, but free software is the ultimate disruptive technology, moving up from the low ground, replacing complicated and ill-fitting proprietary alternatives at every turn, such as web-browsers, e-mail clients, video players, office software, etc., which at one point cost money, but now most people find that they can no longer justify spending money to buy an upgrade for more “Clippy the Happy Assistant”. Proprietary software will only be able to stay relevant by searching out ever more niche applications, or by massive expenditure on research in high-end applications for which it will take time for the ideas and algorithms to filter down to the greater community, and thus a brief window of profitability will remain. Software patents are nothing but a destructive force to retard innovation, and with more and more of the technology and legal communities realizing this basic fact, software patents are about to go away forever.

I think he’s being a bit optimistic about software patents, but no more so than Windows advocates claiming that open software is a flash in the pan. Then he gets into the undeniable stuff, chief of which is:

1.1 History’s greatest playground for malicious software. With unpatched machines on the internet taking only minutes to become infested with viruses, or become a slave bot for massive illegal spamming operations, Windows is a blight on the Internet’s infrastructure.

And it keeps getting better. He says he wrote it just as a game, but it pretty much spells out why I don’t use Windows, plus why Windows is a menace to the Internet. 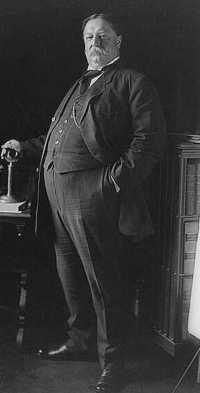 More time to determine whether Microsoft has a monopoly?

Microsoft, state prosecutors, and the U.S. Department of Justice on Tuesday said a federal judge needs more time to weigh whether Redmond should be subjected to a lengthier period of antitrust policing.

In a joint filing with U.S. District Judge Colleen Kollar-Kotelly, who has been overseeing Microsoft’s antitrust compliance, they asked for a soon-to-expire oversight period to be temporarily extended until at latest January 31, 2008. That way, the judge will have more time to weigh the merits of last-minute pleas from a number of state prosecutors to add another five years to the oversight regime.

Right now, most of Microsoft’s 2002 consent decree with the Bush administration is set to expire November 12. One small portion, related to a communications protocol licensing program that has encountered numerous delays since its inception, has already been extended through November 2009.

The story says the judge and Microsoft are expected to agree to the extension. Not surprisingly, there’s an objection from a different quarter:

The Justice Department has already said it doesn’t believe there’s any need to extend the oversight period and that the agreement with Redmond has been working as designed.

It’s state prosecutors from 10 states who are driving this extension.

These days we don’t have Teddy Roosevelt to bust trusts, nor even William Howard Taft, whose Department of Justice started 80 antitrust lawsuits. Maybe the states can do it.