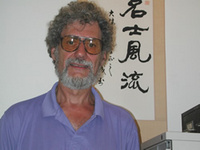 Or risk as culture. Malcolm Gladwell writes in his book, Outliers:

The historian David Arkush once compared Russian and Chinese peasant proverbs, and the differences are striking. “If God does not bring it, the earth will not give it” is a typical Russian proverb. That’s the kind of fatalism and pessimism typical of a repressive feudal system, where peasants have no reason to believe in the efficacy of their own work. On the other hand, Arkush writes, Chinese proverbs are striking in their belief that “hard work, shrewd planning and self-reliance or cooperation with a small group will in time bring recompense.”

Here are some of the things that penniless peasants would say to one another as they worked three thousand hours a year in the baking heat and humidity of the Chinese rice paddies (which, by the way, are filled with leeches):

“No food without blood and sweat.”

“In winter, the lazy man freezes to death.”

“Don’t depend on heaven for food, but on your own two hands for carrying the load.”

“Useless to ask about the crops, it all depends on hard work and fertlizer.”

“If a man works hard, the land will not be lazy.”

And, most telling of all, “No one who can rise before dawn three hundred sixty days a year fails to make his family rich.”

As Gladwell points out, this is a bit of a different attitude to those of the nut-gathering !Kung or the medieval French peasant. Or, for that matter to the 40-hour-week office dweller. Any of them would consider working 360 days a year, which at even 8 hours a day is 2880 hours a year, to be hazardous to their health. But if you’re hand cultivating rice paddies, with your family, it’s a bigger risk not to work that hard.