END_OF_DOCUMENT_TOKEN_TO_BE_REPLACED

The text of one particular talk here at eCrime is experiencing autonomization, as it is being appropriated as part of a social construction which might actually be used in enactment. -jsq 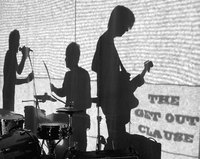 Sometimes a legislative body gets the picture and shows some spine:

Despite last minute attempts by the French government to divide them, European MEPs today voted decisively against “three strikes”, the IFPI-promoted plan to create a class of digital outcasts, forbidden from accessing the Net if repeatedly accused by music companies of downloading infringing content.

In a vote held today, hundreds of MEPs supported language which declared termination of Internet access to be in conflict with “civil liberties and human rights and with the principles of proportionality, effectiveness and dissuasiveness”, all core values of the European Union.

… And Guy Bono, the author of the report, had this to say in the plenary:

“On this subject, I am firmly opposed to the position of some Member States, whose repressive measures are dictated by industries that have been unable to change their business model to face necessities imposed by the information society. The cut of Internet access is a disproportionate measure regarding the objectives. It is a sanction with powerful effects, which could have profound repercussions in a society where access to the Internet is an imperative right for social inclusion.”

The European Parliament voted for social inclusion, participation, and human rights over profits for a tiny group of companies. That wasn’t hard. Even if the vote had gone the other way, it wouldn’t have produced any real security for the tiny group, and the way it did go, it produces far more security for everyone else. Maybe the U.S. can get the message.

Mostly increased monitoring provokes privacy concerns. But what if it’s objects that are being monitored?

Carolinas HealthCare System (CHS), the third-largest public healthcare system in the US, has completed the first phase of an asset tracking program that is believed to be one of the largest healthcare real-time location system (RTLS) deployments in the US. Currently about 5,000 assets are being tracked over 1.4 million square feet at five facilities.

CHS plans to extend the WiFi-based RTLS system throughout its network, which includes 15 hospitals and medical centers in the Carolinas. Additional facilities totaling about 3 million square feet are scheduled to go live by the end of the quarter.

"As a healthcare organization, we’re required to upgrade or perform preventive maintenance regularly on medical equipment," Clay Fisher, director of information service at Carolinas HealthSystem, told RFID Update. "Imagine trying to find one specific IV pump when you have thousands of them across multiple facilities. We have reduced our ‘time-to-find’ for individual pieces of equipment from hours to less than ten minutes."

One odd side effect is that CHS says if your wireless network isn’t configured for VoIP, you should add that, because then it will have enough coverage to do RTLS.

Now if they can find a way to track patient orders between nursing shifts, and which doctors sign off on drugs without seeing their patients….