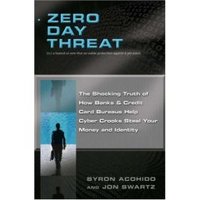 The book review iang quotes gets it about online crime not being amateur anymore: it’s organized. And it gets it about perhaps a more important point: END_OF_DOCUMENT_TOKEN_TO_BE_REPLACED 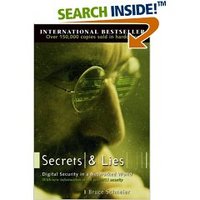 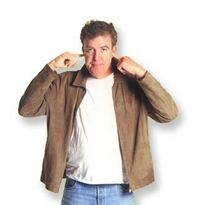 Or is it really phishing when the victim first broadcasts his bank account details?

BTop Gear presenter Jeremy Clarkson has admitted he was wrong to brand the scandal of lost CDs containing the personal data of millions of Britons a “storm in a teacup” after falling victim to an internet scam.

The outspoken star printed his bank details in a newspaper to try and make the point that his money would be safe and that the spectre of identity theft was a sham.

He also gave instructions on how to find his address on the electoral roll and details about the car he drives.

However, in a rare moment of humility Clarkson has now revealed the stunt backfired and his details were used to set up a £500 direct debit payable from his account to the British Diabetic Association.

The charity is one of many organisations that do not need a signature to set up a direct debit.

He admits he was wrong, but nonetheless tries to pin the blame partly on a privacy law:

“The bank cannot find out who did this because of the Data Protection Act and they cannot stop it from happening again,” he said. “I was wrong and I have been punished for my mistake.”

At least he doesn’t call for revoking that Act; he does call for going after the perpetrators. 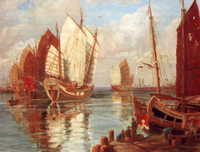 And if they don’t know how, that article provides tips. END_OF_DOCUMENT_TOKEN_TO_BE_REPLACED

Here’s a paper about Sony and the Rootkit:

While Sony BMG’s customers first became aware of the dangers posed by the rootkit through media reports following Russinovich’s October 31 announcement, the company was on notice that its product contained a rootkit, at the very least, four weeks earlier.12 Finnish anti-virus software developer F-Secure contacted Sony BMG on October 4, 2005, alerting it to the presence of the rootkit.13 Of course, First4Internet, as the developer that chose to incorporate the rootkit into its design, necessarily knew of its presence from the outset.

Yet Sony apparently thought that they could still sneak a rootkit onto CDs its customers paid for. The customers knew better, because Amazon reviews told them, and sales CDs plumetted as soon as rootkit-infested versions were issued.