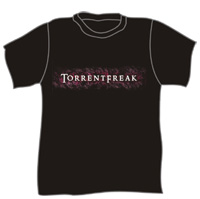 Why am I not surprised?

Several BitTorrent developers have joined forces to propose a new protocol extension with the ability to bypass the BitTorrent interfering techniques used by Comcast and other ISPs. This new form of encryption will be implemented in BitTorrent clients including uTorrent, so Comcast subscribers are free to share again.

BitTorrent itself is a hack to route around slow uplink speeds by using many uplinks all at once, so why not another hack to encrypt BitTorrent headers to make them harder for the likes of Comcast to detect?

Or just ignore the resets.

I predict the next move by the cablecos after that will be to use some other technical means to stifle heavy use of uplinks regardless of the protocol or application being used. And that will interfere heavily with some uses that Ashwin Navin of BitTorrent mentions:

"In recent months, consumers enjoyed unprecedented participation in the political process thanks to the ability to upload opinions and feedback in the YouTube presidential debates. Musicians, filmmakers and artists are finding ways to connect with their audiences across the world thanks to MySpace and BitTorrent. Students are engaging with interactive learning tools in their schools. Which bandwidth intensive application will banned or shaped or metered next by these ISPs? The creative spirit of millions has been ignited, and our need to participate, to communicate will not be silenced."

Cable Internet customers will start to get very annoyed at that point. With enemies like these, net neutrality can win. Especially if enough users revolt.

Stifling customers who are using what you sold them turns out not to be good risk management.