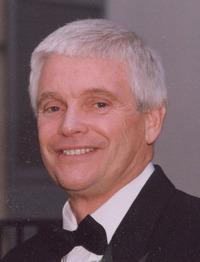 Many people have argued about wondered whether information security can have a computed Return on Investment (ROI). The man who co-wrote the book on ROI, Managing Cybersecurity Resources: A Cost-Benefit Analysis says yes, it’s possible, but in general, “maximizing the ROI (or IRR [real economic rate of return]) is, in general, not an appropriate economic objective.” What, then?

Belva reads the recommended paper and finds it to say:

From which Belva concludes that “we do understand Information Security to have a return.” Well, yes.

But it seems to me the main point is that trying to emulate a common CFO practice of justifying expenditures by ROI isn’t appropriate for information security, which isn’t about directly producing income or directly saving money. Information security is (or should be) a form of risk management.

Also, while the cited paper is no doubt correct that investing in protecting medium vulnerabilities may produce a higher rate of return in the near term, because more of those will be exploited, nonetheless it would be prudent to do something about unlikely yet high risk of loss vulnerabilities. And that something is probably not just applying traditional technical security measures, which won’t stop fires, hurricanes, floods, or a net-wide zero-day exploit. The even more traditional measure of insurance would be appropriate, plus other methods of pooling risk, along with software and hardware diversity. These things also have a return on investment, but it’s rather indirect, in terms such as ability to list on big stock exchanges (now, London, soon, New York), customer comfort, and greater agility and resilience of the technical workforce.

3 thoughts on “Security ROI: Possible, but Not the Main Point”